HomeCoworking LifeThe Evolution of Coworking – From San Francisco to Newry 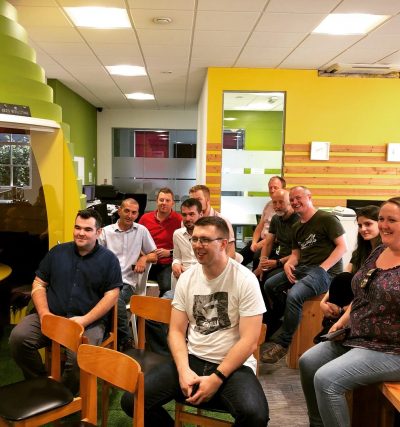 The Evolution of Coworking – From San Francisco to Newry

Coworking – what’s that some may ask?

Whilst the concept of coworking may still be relatively new to some, it’s becoming a more widely understood and much loved model for workers around the globe, and not just in the major cities like London and Barcelona. That’s something we’re excited about here at The Hub Newry!  But if you’re not yet familiar with coworking, here’s the lowdown.

Coworking can mean different things to different people, but first, let’s delve into the trusty Oxford dictionary for a definition.  It defines coworking as “the use of an office or other working environment by people who are self-employed or working for different employers, typically so as to share equipment, ideas, and knowledge.”

So, already you can start to identify some of the key characteristics of coworking.  Coworking is an environment where we bring workers from different situations under the one roof and facilitate sharing of knowledge and resources.  It’s that simple.

Coworking spaces include freelancers, solopreneurs, entrepreneurs, remote workers, start-up businesses, SMEs and virtually every other business model you can think of under one roof! 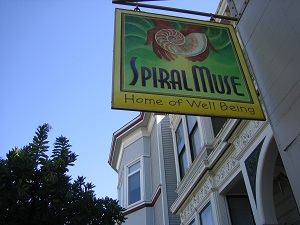 Whilst the concept of working together for mutual benefit has been recognised since time began, Brad Neuberg is the man credited with launching the very first coworking space back in 2005.  Brad’s coworking space was in San Francisco at a place called Spiral Muse.  Having worked for companies over the years, and as a self-employed professional, Brad recognised the differences and advantages that both environments could provide which he described as “the freedom and independence of working for myself along with the structure and community of working with others”.  However, up until that point he couldn’t find a way to merge the two, so he created a way.

Sharing his experience, Brad said that he initially posted an advert on Craigslist expecting people to flock to his new space, but he didn’t receive quite the response he’d hoped for so Brad realised that he needed to do some marketing and get out and start talking to people face to face to educate them on the concept.  A month later he had his first official co-worker, a start-up developer named Ray Baxter.  For more on this, you can read the launch coworking story written by Brad himself.

The upshot is this.  Since its invention the number of available coworking seats has roughly doubled each year.  In 2017, there were an estimated 16000 spaces worldwide.

What Does Coworking Look Like at The Hub Newry? 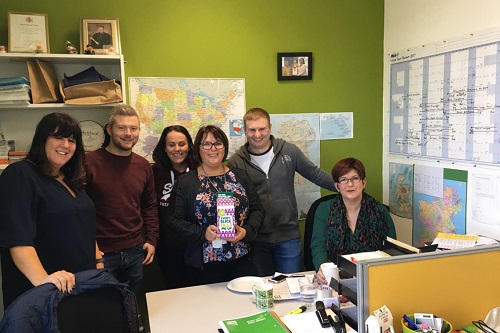 Since opening our doors in 2012, things have evolved.  Initially it was about having flexible work spaces (hot desks) that were affordable, coupled with meeting room space and was typically used by people who were working from home and those who were commuting between locations.  Newry is an ideal location for professionals who work between Belfast and Dublin.  Now in 2018, it’s about so much more than that – it’s still very much about offering those facilities, as well as virtual office facilities, but it’s evident that many people also want to be part of a community of like-minded people, from both similar and different industry sectors.  People want to avail of the opportunities coworking presents to meet and get to know other workers, to share ideas and identify collaboration opportunities, or simply to have someone else to chat to over a sandwich at lunchtime.  Hosting regular events and group meet-ups, and adding coffee docks, break-out areas and green spaces like our garden area to our premises are all features of the coworking movement, and very much in demand.

At The Hub Newry, we’ve taken this a step further and extended coworking beyond the physical office environment by creating opportunities for our coworkers to get together outside the coworking hub and get involved in initiatives in the local community.  One example of this was a river clean-up project we participated in as a group. Love Your Lough is a voluntary environmental group based all around Carlingford Lough who aim to protect, preserve and promote the area.  Our coworkers got to work cleaning up litter to restore our local river to its former glory.  Our coworkers got to know each other better outside the office environment and bonded over an activity that benefitted the environment that many of our coworkers call home.  The Hub Newry literally provides a breath of fresh air for our coworkers!

In 2018, people in Newry, Northern Ireland, Ireland, the UK and all over the world are demanding better work environments – less time wasted sitting in traffic or in airports, more flexible working hours that fit around family life, and a healthy balance between work and personal life to maintain good mental health and physical wellbeing.  Coworking is now more than a physical space – it’s a community, a culture, a support group, an innovation hub and the list goes on.  It’s become so popular that we’ve opened 2 more coworking hubs in Newry, and others have jumped on the coworking bandwagon and launched their own facilities as well – coworking in Newry is thriving!

If you’d like to find out more about coworking at The Hub Newry, get in touch with us.  We can arrange a tour, introduce you to some of our resident coworkers and even let you try out the facilities to see what you think! 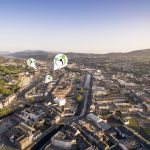 Coworking in Newry: a story of innovation! Previous post 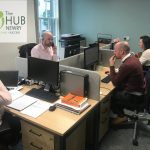 Expert in Coworking, FlexSpaces & Remote Working | Help you identify the most productive working environment for you & your team | Propagator of meaningful connections | Podcaster Did you know: 📌40% of people feel the greatest benefit of remote work is the flexible schedule 📌16% of companies exclusively hire remote workers Engaging with small businesses and the faces behind them and making meaningful, human connections brings a big smile to my face as does anything horticulture & heritage! I love to help business owners & individuals grow and succeed in a life that truly reflects the real them and uses their core values and characteristics. Over the last 20 or so years I’ve centred around relationship management within the property and finance sectors in London and more recently my story has brought me into developing a network of coworking and flex spaces in Northern Ireland. For the last 12 years I’ve been self-employed and during this time founded The Hub Newry coworking spaces. As co-founder of a multi award-winning network of flex spaces with global connections and partnerships I help educate & research around the future of work & evolving workplace best practice. In short, I want to put a smile on the face behind your business & help you find your best flexible working environment to be your most productive, resilient & successful self. Who do I work with? ✨Entrepreneurs / Coaches & Professionals 💻SME's 😎Coworking operators